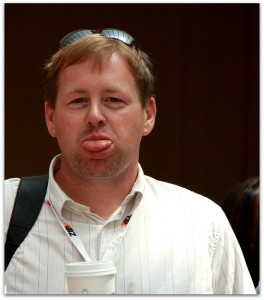 The year was 2007 and it was a simpler time. The iPhone had just been launched but it wasn’t until the summer of 2008 that everyone owned one and had to have one to bring to the Inman connect conference.

The Great Recession had not yet started and the housing market was starting to crash but we were not really aware of it because it was a simpler time and most of us did not have iPhones.

I discovered Todd Carpenter the day before the 2007 Inman connect conference. We arrived a day early and spent that amazing day together exploring San Francisco with Pat Kitano, Rudy Bachraty and Joseph Ferrara. We both said that day was the best day of 2007.

The next day at the conference we were introduced to each other several times. I was a speaker and a panelist but Todd was not because he was not well known. I had just discovered him. He did take advantage of a question and answer period and stepped right up to the mic and grilled those of us who were on the panel.

It was after I heard Todd speak that I realized what a discovery I made and It changed Todd’s life. He started speaking at events all over the country. He ended up taking a job at NAR and moved to Chicago where he met his lovely wife Pamela.

I often wonder what would have become of Todd if he had not gone to that Inman connect conference where I discovered him and recognized his talent and potential. He would probably still be just another loan officer In Colorado. A single man working with his mother. He may never have become the kind of a big deal that he is today.

This entry was posted in Good Advice, Great Idea. Bookmark the permalink.