Posted on January 5, 2017 by Teresa Boardman

If I were to develop my own guidelines for who I would want to honor on a list of industry influencers this is what they would look like: 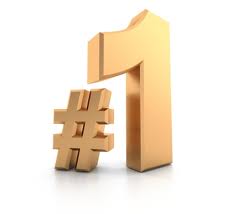 Keep in mind lists are for the list makers and the list makers get most of the benefit.  They gain power by being the source of the list not to mention all that extra traffic and chatter on the internet. The next list that comes out for the real estate industry will be a list of suites that I never heard of and people with no imagination.

OK maybe they have imaginations they just don’t use them in any way that makes them stand out from the rest of the men who are in charge of running just about everything on the planet. . . and wow! look at how they are running it. What a mess!

There may even be a special category on the next list just for women but probably not for old short women. No company is that progressive.

The people who make the list will be mostly white, many will be all white and they will look like the pictures in the business journal I used to subscribe to but canceled because it is really a mens magazine.

They probably make a lot of money but they are not part of my world and I don’t feel their influence or even realize they exist until I see the list which may be the only good reason for making a list.

When my daughter was in junior high I used to tell her that most people never mature beyond junior high and that she needed to learn how to cope with her ass hat class mates. I am reminded of this every time a list is published and drama ensues. Most people leave Junior High but a lot of the Junior High seems to stay inside for life.