Are you still a rock star?

My friend the Minnesota Head Hunter at last weeks social media breakfast explaining how to use linked-in and strong discouraging folks from using “rock star” “guru” “mavin” and a bunch of other meaningless words in an online profile.

I am going to talk to him about including the words “geek” or “geeky” in his presentation because they too have become so over used as to become meaningless. It used to be that you had to go beyond being able to operate a device with a touch screen to be considered a geek.  Now everyone is a geek and it is no longer a word we can use to distinguish ourselves. It is the same with “tech savvy” in the real estate industry I have heard Facebook and blogging referred to as technology.

If you think you are the only one who is a guru or a rockstar think again. 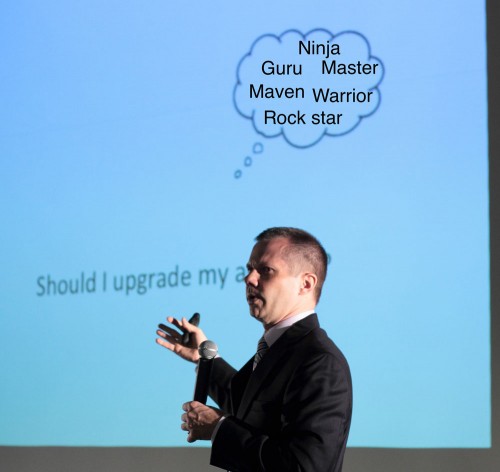 How to sell real estate like a rock star and Rock, Rocks and Rocked

This entry was posted in Bad Idea, Good Advice. Bookmark the permalink.

One Response to Are you still a rock star?