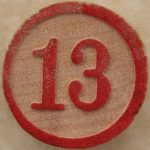 The RealEsateWeenie will be 13 years old in 2020.  As I look back so many of the people I used to make fun of have vanished. Maybe they retired or got jobs outside of the real estate industry.

A few have died and I know at least one who is in jail, or maybe out on prole by now, I don’t really keep track.

Many of the people who were the real estate rebels and to some degree innovators are now part of the mainstream of the industry. They have gone from being wizards and witches to being muggles every one.

In the last 12 years, I have watched as one group of white male leaders has been replaced with another and I can see the next bunch waiting in the wings for their turn.

It is hard to believe that I have been writing this crap for almost 13 years but it is true. I think this next year will bring some teenage angst with it when the weenie turns 13 in March.