Who influences the influencers?

Posted on January 9, 2014 by Teresa Boardman 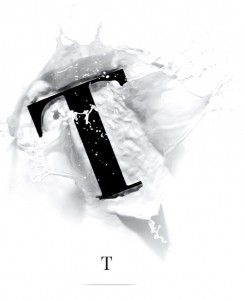 No I am not the CEO of a big company or even a small one.  I am not part of the mainstream real estate industry, but I can still influence it because sometimes the keyboard is mightier than the title CEO when it comes to influence, and when it comes to blogs of mass destruction cleverly disguised as a hot dog stand. Lets face it I put the ‘T’ in mighty and am also responsible for putting the ‘T’ in Realtor® and because of that there are special rules about how to use the word but only if it has the ‘T’ in it.

We don’t have a special list for the people who influence the influencers because there is a delicate balance in the universe and if the influencers are influenced then everything, and I mean everything could just fall apart.  Nothing but mass destruction for all.  Trust me it is a heavy burden but I can handle it

As I watch the real estate industry I can see that my work isn’t done, but I can also see the changes that I have influenced and that I have set in motion.

There are those in the industry who are not comfortable with the changes I am influencing, but there isn’t anything they can do about it.  I can not be controlled, and I can not be fired.  I may at some point move on and influence the influencers in another industry.  In fact right now I have my eye on the health care industry.

I think they could use a woman’s touch and maybe a little common sense. Health care isn’t as important as real estate but it matters enough for me to want to get involved once I finish up in the real estate industry.

This entry was posted in Industry News. Bookmark the permalink.