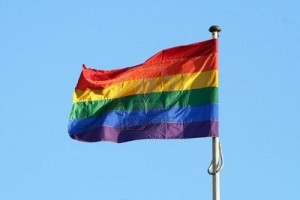 who believe the new law will result in more home sales to gay married couples.

They believe that being unmarried was stopping gay couples from owning homes.

Marriage is not a requirement for one or more people to own a home and there is probably a fair housing violation in the whole conversation.

There are other groups of people in this country who have always been allowed to get married but who still have lower than average home ownership rates like people with brown skin and poor people.  What is up with that? They can get married but they often rent instead of owning.

I am going to go out on a limb and suggest that home ownership among gay couples will not go up or down because of marriage. However there may be more business for divorce lawyers and I’ll just bet in the future I’ll end up selling a home or two because of a same sex couple divorcing.