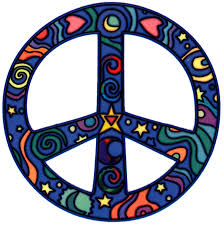 This is my first post election post on the weenie. I have had a week to think about the election and when you get right down to it the country has been run by mostly old, over weight, wealthy white men since our founding fathers . . . who were old, wealthy, white men founded it. I am trying to put the election in context, and trying to calm down. What is there to be afraid of?

We do know for sure that about half of all eligible voters voted. We do not know how people voted, votes are private. It is safe to assume that exit poles are just as inaccurate as all of the other polls. No sense in creating facts out of inaccurate data and telling women that they mostly voted against themselves.

We should also take it as a good sign the the old white man got less than half of the popular vote. I am sure like all millionairs who inherited fortunes the Donald is in touch with the common man and understands the issues. We know he has touched the common woman.

Here on the weenie we do not endorse candidates but we are against serial liars, rampant xenophobes, racists, birthers and bullies who  pledge to ban all Muslims — 1.6 billion members of an entire religion — from entering the U.S

This entry was posted in Billionaire agent. Bookmark the permalink.