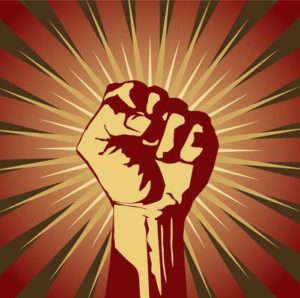 I know it isn’t nice to make fun of the NAR but someone has to.

“Leading the revolution” is the slogan for the 2017 NAR leadership. Honestly nothing says mainstream real estate industry like NAR and it’s unwieldy, structure of more than 100 committees and assorted work groups. A structure that can not be changed or updated apparently but can be added onto.

What is a revolution?

Does NAR intend to over throw the government? Revolution is a strong word. Are all of these leaders going to get fired up and storm the Bastille with armies of NAR members? I can imagine leadership moving around in a path similar to a circle. Maybe that is what they mean by revolution.

A more likely revolution would be from a rag tag bunch of real estate agents who decided to overthrow the status quo and build something new.